Today marks the 100th anniversary of what was Navin/Briggs/Tiger Stadium.

In honor of this occasion, I wanted to post the play-by-play from the Detroit Times for that game. 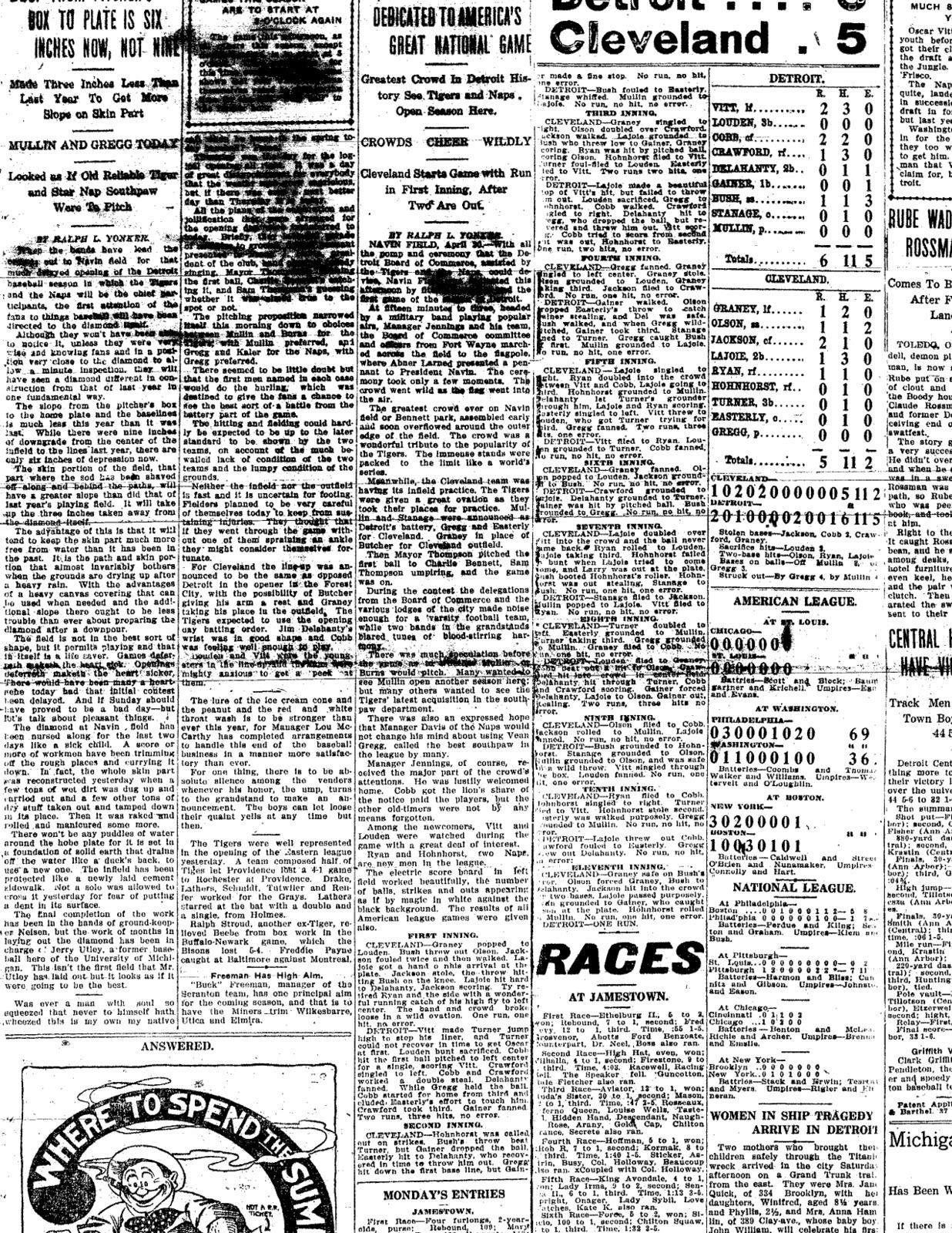 Posted by Jonathan Frankel at 6:55 AM No comments:

In this blog entry, I am going to off normal topic a bit.  As you may notice, I have renamed my blog to read "K's, Cards, and Things" as I may from time to time offer thoughts on baseball cards and other stuff.

Once upon a time, I was heavily into baseball cards, starting with the fantastic 1972 6 series set.   That set started me on a decade long run of collecting sets, going to local conventions and reading Sports Colectors Digest.   Once college came along, I moved away from the hobby.   A few years after college, I decided to get back into it and ended up completing the sets 1968-1980.   Well, again, I went away from the hobby, and eventually as those who have read this blog know, I got deep into 1899 Spiders and went on from there.

One of the natural outgrowths of  my 1899 research and my past collecting was to see if there were any "baseball cards" from my study era.   The only ones I could find were an obscure large size issue called M101-1 (M for magazine) that was issued by The Sporting News as a supplement to their newspaper from 1899 through 1900.   The whole set was also offered for purchase as well.  Lew Lipset wrote a  very good article on the set in the 1st issue of VCBC (Vintage Classic Baseball Collector) magazine.

Anyway, while continuing my batter strikeout research, I also continued to look for any M101-1's on eBay, or any other site that might have them for sale.   This is not like T-206's or a Topps issue where cards are constantly up for auction or sale - you can go 2 years without seeing one up on eBay or one of the auction houses.

Over the years, I have been fortunate enough to acquire well over 40 of the 60 so subjects in the collection and as I did so, I started to notice some interesting features of this set.

One of these involved a change in font.  Between May 5 and May 12, 1900, the font style of the heading "The Sporting News" changed:

Here is James McGuire from May 5: 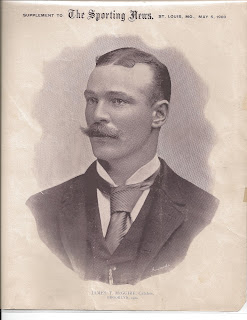 Here is Bill Dinneen from May 12: 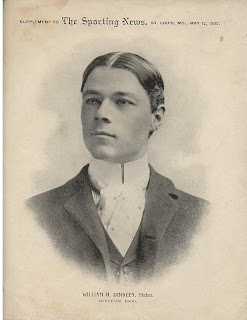 The font seems to be "softened up" (IMO) - I wonder if TSN had changed their font around this time for the actual newspaper as well.  If anyone knows (or feels like checking Paper of Record), please let me know.
I originally observed a "color" change at this breakpoint as well from a brownish tone to more of a grayish tone, but I am not sure if this still is the case.  My observation may be due to the quality and aging of the subjects, but there may have been an "ink change".  Still not sure.

That was the main "change" in the issue I found, but what I also found was "alternate" or variation issues of a number of the subjects - all were towards the beginning of the run and a few indicated new teams.


The variations followed a general pattern - 1 issue had the player framed with a 2 line border and underneath the player's name, next to the team name, some indicates "1898" instead of  "1899"

Due to the border, the heading sits higher on the supplement 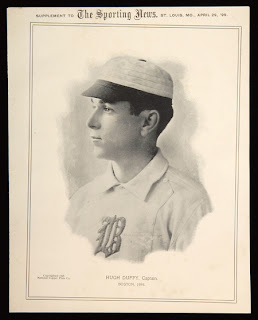 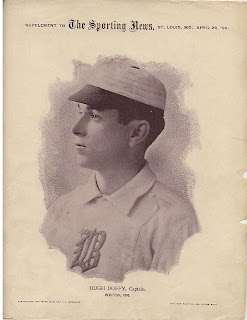 Here is the May 20, '99 variations of Michael Griffin. 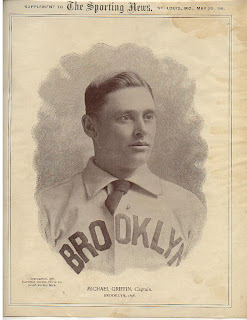 The alternate issue, has Griffin with St. Louis, 1899 and sans frame.  The text on the back is essentially the same except for the additional text:  "He was sold to St. Louis this spring, but so far has refused to report.  He has bought an interest in a brewery at Utica, ans says he will not play ball again". 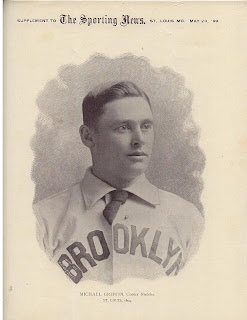 Here is Kid Nicols with the 2 versions: 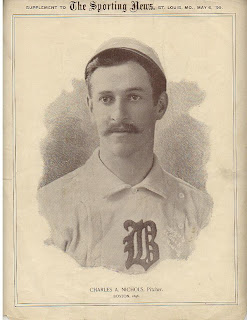 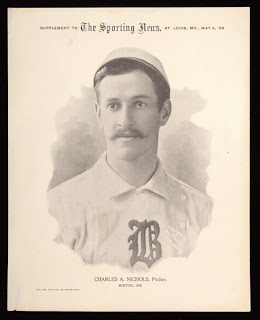 The players that I have been able to identify with 2 versions so far are:

My feeling is that the framed versions were the original supplement insert that was put into TSN for those weeks while the "updated" versions were part of the set that was mailed out later.  Without knowing specfically when the sets actually began to be sent out, it is hard to say conclusively.

Would love any insight anyone has on this great set!

Thank you for taking the time to read my entry.
Posted by Jonathan Frankel at 6:10 AM 4 comments:

I finished documenting all of the 1888 AA lineups and ended up documenting 98.2% of the batter strikeouts.

I went through all of the primary sources for each team with the exception of Louisville as well as double checked against ICI.

After my normal projected adjustment (very small due to the high completion %), here are the leaders for the 1888 AA:

Bakley & King were pitchers who both started over 60 games each.


Among the best in the BK+ category (struck out the least compared to the league average), we have:

I'll add some other stuff in subsequent days.
Posted by Jonathan Frankel at 10:27 AM No comments: